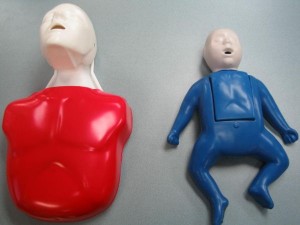 Child abuse is more than physical abuse of children. More than the bruises and broken bones, it can lead to scars that would take longer to heal than any physical wound obtained by the victim. The earlier the abused child gets help, the better the chances to heal faster and break the cycle. Children need a strong foundation which can help them feel safe, secure and cared for. Abused children cannot predict how their parents will act. This leads to frightened, insecure children. Parents are not the only one who can abuse children. Children may also be abused by their guardians, caregivers and even strangers.

Physical abuse is the easiest to diagnose due to the noticeable symptoms in the child. Anything done with intent of physical harm or injury to the child is considered physical abuse. These usually result to bruises, wounds, broken bones and severe bleeding. Other signs of physically abused children include patterned injuries (from belts or hands), shying away from touch, flinching at unexpected movements and wearing unfitting clothing to conceal injuries. Many physically abusive parents claim these actions are out of discipline, however, there is a clear line drawn between physical punishment to discipline and physical abuse. More so, physical punishment to discipline is not encouraged.

Emotional abuse can severely damage a child’s mental health and/ or social development, leaving permanent psychological scars. Although this is hard to recognize, some of the instances include constant humiliating, belittling and shaming, name calling and making destructive comparisons to others, calling a child “worthless,” “mistake” or “no good,” frequent threatening or bullying, limited physical contact with the child and exposing the child to violence or abuse of others. Emotionally abused children show extremes in behavior (passive or aggressive, demanding or compliant), overly fearful or anxious about making mistakes and seem unattached to parent.

A common type of abuse, child neglect, consists of failing to deliver the child’s basic needs, food, clothing, hygiene or supervision. Child neglect occurs when the physical or emotional needs are not met. This may be due to the parents’ incapacity to care for the child. Some signs of neglected children include ill-fitting or inappropriate clothes, often late or absent school, and untreated illnesses and physical injuries.

Sexual abuse is when the child is used for sexual stimulation, however, this does not always comprise of physical body contact. Sexually abusive acts include exposing sexual materials or situations to the child. Conversely,what makes child molestation even more disturbing is that fact thatthese molesters are more often than not related to the abused child.Sexually abused children are characterized by trouble sitting or walking, efforts to avoid a certain person, dislike physical activities, and shows knowledge or interest in sexual acts or even seductive behavior.

Most children do not report any type of abuse done on them. Children

are usually afraid and ashamed of these experiences. However, the key is early recognition, for faster recovery. To give proper care for a victim of child abuse, the needs of the victim should be first identified and provided for, whether treatment for physical wounds or food or items of clothing. Although it doesn’t happen often, first aiders may respond to emergency situations that consist of child abuse victims. St Mark James programs offer Childcare First Aid courses, that are made available to all, which include various topics ranging from cuts to major medical conditions, on proper childcare.

Let us know if you liked the post. That’s the only way we can improve.