How to Diagnose a Drug Overdose 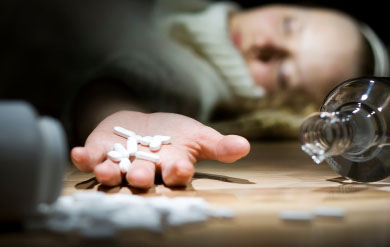 Heath Ledger, a popular actor, who starred in movies such as 10 Things I Hate about You, Brokeback Mountain, and Batman: The Dark Knight, was a very much talented actor and in the height of his career when he passed away. While the medications found in his room were for insomnia, anxiety, common cold and pain, the combination of these drugs lead to his untimely demise. His death was ruled out as an accident, resulting from the abuse of prescription medications. In other words, he died of accidental drug overdose.

When a person’s exposure to either a natural or manmade substance has an unwanted effect, poisoning occurs. Drug poisoning may not necessarily be due to illegal drugs as prescription and over-the-counter drugs may also lead to undesirable effects. Drug interaction may also lead to drug poisoning. Poisoning is classified as self-harm or suicide, assault or homicide, or unintentional or accidental.

For every drug, there are different effects in the body. For overdose of painkillers such as aspirin and paracetamol, both swallowed, one feels nausea and vomiting. However, effects of aspirin poisoning include upper abdominal pain, ‘sighing’ when breathing, ringing in the ears, dizziness, confusion and delirium. If paracetamol is the cause of poisoning, there is initially little effect but abdominal pains develop and irreversible liver damage occurs within three days.

If a person takes in too many nervous system depressants and tranquilizers such as barbiturates and benzodiazepines, shallow breathing, arrhythmia and lethargy and sleepiness resulting to loss of consciousness are observed.

For stimulants and hallucinogens, including amphetamines, LSD and cocaine, too much may lead to excitable, hyperactive behavior, wildness and frenzy, tremor of hands, sweating, and of course, hallucinations.

Narcotics, such as morphine and heroin, overdose are characterized by little eye pupils, slow, shallow breathing and sluggishness and confusion, which may result to loss of consciousness. Moreover, infected needle marks may be observed due to drug injection in the body.

When too much solvent such as lighter fuel and glue are inhaled, it is characterized by nausea and vomiting, hallucinations, headaches, unconsciousness and infrequently, cardiac arrest.

To treat a conscious victim, assist the victim into a position comfortable to them. Ask the casualty about the type of drug taken so the information can be relayed to the medical practitioner and proper medications may be given immediately. If the casualty does not give the name of the drug, survey the area for evidence that may help identification of the drug such as empty containers and give to the paramedics. Comfort the victim while talking to him/ her. If there is another person, ask the other person to call for emergency medical assistance right away. Check and monitor vital signs, such as responsiveness, pulse and breathing until a paramedic arrives. Vomiting should not be induced at all times. If the casualty becomes unconscious, open airway and check for breathing and pulse. If there is normal breathing, place the casualty into the recovery position. If there is no breathing and pulse, begin CPR.

Accidental drug overdose is the most common form of poisoning. Anyone who takes drugs is at risk for drug overdose because the drug interaction in the body varies. Therefore, it is highly recommended that the community, especially the non-medical practitioners, take first aid courses and CPR classes to educate themselves in times drug overdose situations may occur.