A rare but serious condition, osteomyelitis is infection of the bone that is frequently caused by bacteria but may also be caused by fungi and other germs. 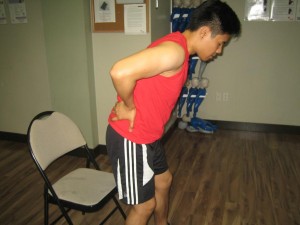 A symptom of Osteomyelitis is back pain.

Osteomyelitis is the infection of the bone, a fairly rare but serious condition. It is frequently caused by bacteria but it is also known to have been caused by fungi and other germs. Osteomyelitis is can either be acquired from an infection in another part of the body that spreads into the bone through the bloodstream or from a nearby tissue, or an open fracture that leads to bone exposure, and hence infection.

Staphylococcus aureus, bacteria that exists as normal flora of the skin, is the most common culprit behind osteomyelitis. Other causes of osteomyelitis are fungi and other germs. There are general three ways to infecting the bone in the body:

Certain factors are known to increase chances of developing osteomyelitis, which include:

The following symptoms, especially if they manifest at the same time, may denote osteomyelitis:

Disclaimer: This article should not be used for medical diagnosis or advice. Seek medical attention when necessary. It is highly suggested to take first aid courses to detect symptoms of serious conditions. Enrol in first aid courses to learn how to recognise symptoms and act aptly in cases of life-threatening conditions, such as osteomyelitis.